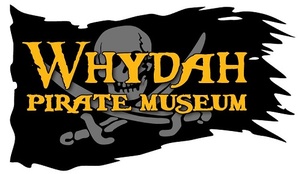 Experience Cape Cod's interactive science museum featuring real pirates and real treasures! A must-see attraction for all ages where you will touch, see and interact with the world's only authenticated pirate treasure, discovered in 1984 off the coast of Wellfleet.

The Whydah was a fully rigged galley ship built by the British to travel between Africa, the Caribbean and Great Britain. During one of its voyages in 1717, it was captured by the famed pirate Samuel ''Black Sam'' Bellamy. Over the following year, the Whydah and its crew pirated 53 vessels, collecting their riches and treasures.

During an infamous storm off the coast of Wellfleet, the Whydah ship sunk in 1717; there were only 2 survivors.