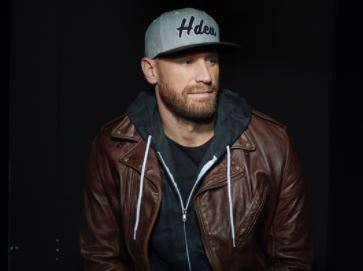 Event Description:
“I think now is the beginning of it all.” At the onset of 2020, Chase Rice was headed south through snowy mountain highways, winding his way home to his Tennessee farm. He was readying for the release of The Album Part I, his surprise seven-song set, followed by the four-song The Album Part II. It was an exciting time. But a beginning? Coming from a star who’s already earned Platinum songs and a No. 1 single – plus a record-breaking, Diamond-certified No. 1 as a songwriter – the claim is puzzling. Until you hear the new music. Singing sleek rhymes over heartland six strings and keys mixed with EDM-laced drama, this is the same gravely-voiced Chase Rice fans first fell in love with years ago – but better. Freer. Unbeholden and uninhibited, somehow capable of evoking Chris LeDoux and The Chronic, campfire singalongs and stadium anthems, all at once. “If you just keep going and keep going, you eventually figure out what you want to say with your songs and how you want to say it,” Rice says. “It’s crazy to say, but yeah. I think this is the beginning of my entire career.” Now, on the heels of The Album’s two-part release (with the promise of more to follow), comes his new single “Drinkin’ Beer. Talkin’ God. Amen” featuring old friends Florida Georgia Line. Rice isn’t just continuing the momentum he’s built––he’s kicking it up a notch.
Location:
Cape Cod Melody Tent
41 West Main Street
Hyannis MA 02601
View a Map
Date/Time Information:
Thursday, August 12th at 8pm
Contact Information:
marketing@themusiccircus.org
Send an Email
Fees/Admission:
Ticket Prices: $75.50/$49.50
Set a Reminder:
Business Directory News Releases Events Calendar Hot Deals Member To Member Deals Job Postings Contact Us Information & Brochures Weather Join The Chamber